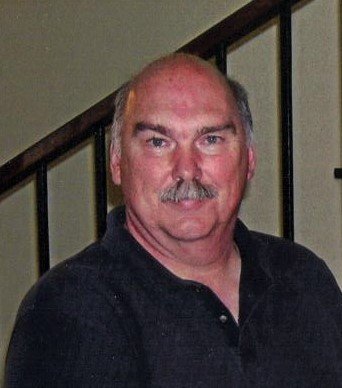 Please share a memory of William to include in a keepsake book for family and friends.
View Tribute Book
William Robert Burke Jr. Bill Burke, age 69, passed away peacefully in the early morning hours on June 7, 2021, with his sweetheart by his side. Born in Rome, NY on December 27, 1951, he was a lifelong resident of the Lake Delta area, and grew up enjoying the outdoors, including fishing, camping, swimming, and hunting with his dear friends Tim Cannarozzi, Dick Dorn, Mike Rounds, Ed Davis and others. Bill worked as a paramedic with AmCare Ambulance Service for over 30 years. He greatly enjoyed his work and his partnerships with the members of various fire departments. A quiet, practical man, Bill served the community without boasting or pride, doing what needed to be done. This character trait spilled over to his family and homelife and is what he is most remembered for. That, and the love he had for his wife, Kristie, and his children, Jennifer, Laura, and Jeffrey. He was predeceased by his parents William Sr. and Phyllis (Gifford) Burke. He was also predeceased by his father-in-law and mother-in-law, William H. and Marjorie E. June, both of whom Bill took great care of during their later lives. He is survived by his wife of 44 years, Kristie (June) Burke, and his three children, Jennifer, Laura and Jeffrey Burke. He is also survived by his brother-in-law and sister-in-law, Mike and Andrea (June) Rounds, who he shared a close bond with, and they with him, and who generously gave of their time and love during his illness. He is also survived by his brother David Burke, and his wife Martha of Rome, NY, and his sister Pamela Strohm and her husband Dan of Cocoa, FL, along with several nieces and nephews. Like his father before him, Bill was a lifetime member of the Lake Delta Volunteer Fire Department, utilizing his skills to provide emergency services to the community. He greatly enjoyed his time there and the friendships made. In lieu of flowers, please consider donations to the Lake Delta Volunteer Fire Department 8508 Elmer Hill Road, Rome N.Y. 13440 A memorial service will be held on Saturday, June 12, 2021, at 1PM at Strong-Burns & Sprock Funeral Home 7751 Merrick Road, Rome. Family and friends are invited to attend callings hours from 10 AM to 1 PM prior to the service.
Saturday
12
June

Share Your Memory of
William
Upload Your Memory View All Memories
Be the first to upload a memory!
Share A Memory
Send Flowers
Plant a Tree