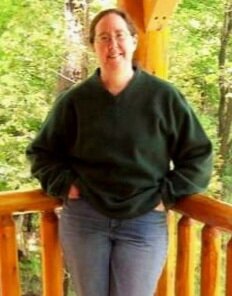 Obituary of Marguerite B. Parsons

Please share a memory of Marguerite to include in a keepsake book for family and friends.
View Tribute Book

Marguerite B. Parsons, 65, of Floyd, passed away peacefully on January 13, 2023, at the Lutheran Home in Clinton, N.Y. She was born on October 26, 1957, in Utica N.Y. a daughter of the late C. Edward and Catherine Lynch Bintz. Marguerite was a graduate of both Holland Patent High School and Utica College. On October 25, 1980, she was united in marriage to Stephen J. Parsons in a ceremony which took place in St. Leo’s Church of Holland Patent. Stephen predeceased Marguerite on April 18, 2018. Marguerite was employed as a Grant Writer with the Oneida Indian Nation in Oneida N.Y. She was formerly employed by the March of Dimes and also a former Oneida County Legislator. Marguerite was a member of St. Leo’s Church where she served as Cantor. She was an avid runner who ran in the New York City Marathon and who was a member of the Utica Runners, Roman Runners and Utica Boilermaker Training Program.

A memorial service will be held in the late spring at St. Leo’s Church of Holland Patent.

In lieu of flowers, the family requests donations to National Public Radio at NPR  P.O. Box 791490