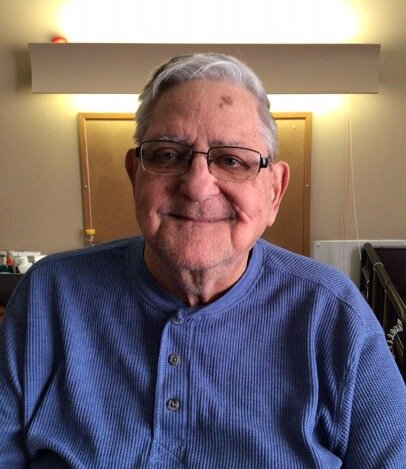 Please share a memory of Joseph to include in a keepsake book for family and friends.
View Tribute Book

Joseph “Jack” Palmer Jr. was a fun, humorous, and talented man whose infectious personality left an impression on everyone who crossed his path. Jack was fortunate to discover his passion in life, playing the drums, at the age of two. This passion led to a lifetime full of rich experiences throughout the golden age of Big Band music. Raised by his wonderful parents, Molly Halukwicz and Joseph (Jack) Palmer Sr, Jack grew up in a house vibrant with music. Jack’s father was a renowned trumpet player who afforded him direct exposure to iconic individuals such as Frank Sinatra, Harry James, and Jackie Gleason.

By the age of thirteen, Jack was featured on the Ed Herlihy show and the Arthur Godfrey shows as a child music prodigy. At the age of fifteen, Jack received his first paid gig which drew him away from his home in New York City and out to the Catskill Mountains. Over the next 5 years, Jack broke into the show scene playing for headliners, comedians, variety acts, and musicians in and around New York City. In his early twenties, he was offered the exciting opportunity to tour Europe and feature on a three-week tour of the S.S. America cruise ship.

A few years later, Jack was scooped up by top talent agent Ray Bloch. This partnership lead Jack up and down the east coast to play with top talents throughout the 1960’s. Jack played at the Copacabana club in New York City backing the famed crooner, Al Astone. Jack’s down time in New York City led him to meet his lovely wife, Rosaria. Together they raised three children, Richard, Andrea, and Alison. As his family grew, Jack and Rosaria decided to move out of the city and settle in Rome, NY.

Throughout the 70’s and 80’s, Jack continued to work with top musicians and Hollywood names including Al Martino, Frankie Lane, Tiny Tim, Gene Krupa, Carmel Quinn, Don Cornell, Lou Monte, Milt Trenier, and Lenny LaVette to name a few. In the following decades, Jack featured for premier Big Bands in upstate New York; The Stan Colella Orchestra, The Sal Alberico Band, No Name Band, and The Whitestone Band. He was also a regular with many local standout musicians including Scott Rutledge and his own Jack Palmer Trio, featuring his good friends Joe Carfagno and Joe Yozzo. In 2018, Jack was inducted into the Rome Arts Hall of Fame.

Outside of playing music Jack loved to spend time with his family, hang out on the beach, play golf, instruct drums, and cheer on the New York Giants.

On December 19th, 2022, at the age of 87, we said our final goodbyes to this great man. Jack is greeted in heaven by his son, Richard Palmer Sr. He is survived by his wife, Rosaria Palmer and two daughters, Andrea [Joseph] Hojnacki and Alison [Thomas] Kirk. He leaves behind four grandchildren: Richard Palmer Jr., RJ [Leyla] Hojnacki, Rachael Hojnacki, and Robert Hojnacki. Also, three great-grandchildren; Noah Palmer, Evie Palmer, and Natascha Hojnacki.

Jack’s family invites all those that would like to honor and celebrate his life to the New Beginnings Community Church of Rome (5963 Sleepy Hollow Rd, Rome, NY). The celebration of his life will begin at 11AM on Friday December 23rd, 2022. The family will be available at the church following the ceremony.

In lieu of flowers, donations are asked to be made to the Rome Rescue Mission.