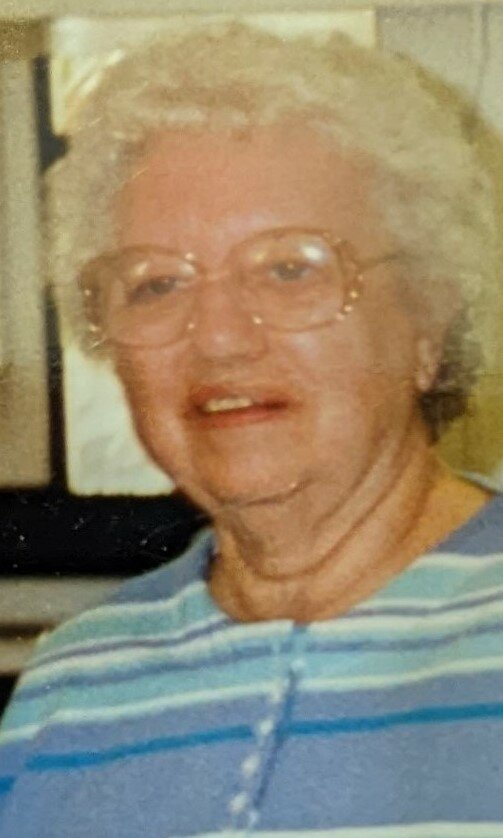 Please share a memory of June to include in a keepsake book for family and friends.
View Tribute Book

June Z. Ingersoll, 97, of Oriskany and formerly of Vernon Center, passed away peacefully on November 27, 2022, at Rome Health. Born on October 21, 1925, in Rome, N.Y. a daughter of the late Frank and Mary Clark Ziemann. June was a graduate of Rome Free Academy Class of 1943. On April 26, 1946, she was united in marriage to Sherald A. Ingersoll. This blessed union lasted 67 years, until Sherald passing on February 7, 2014. June was employed by the Rome Developmental Center as a Recreation Therapist for 21 years, retiring in 1980. She was a former member of the Augusta Presbyterian Church, Stanwix Heights Vol. Fire Dept. Auxiliary and Holly Chapter of O.E.S. June enjoyed traveling throughout the United States, seeing all the beautiful sites and meeting new people. Her true passion in life was spending time with family.

In lieu of flowers memorial contributions may be made to Feed Our Vets 587 Main St, New York Mills, NY 13417

Funeral services will be held on Thursday, December 1, 2022, at 4P.M. at Strong-Burns & Sprock Funeral Home 7751 Merrick Rd. Rome. Family and friends are invited to attend calling hours from 2-4 P.M. prior to the service. Interment will take place in the spring at Lee Valley Cemetery.

Share Your Memory of
June
Upload Your Memory View All Memories
Be the first to upload a memory!
Share A Memory
Send Flowers
Plant a Tree