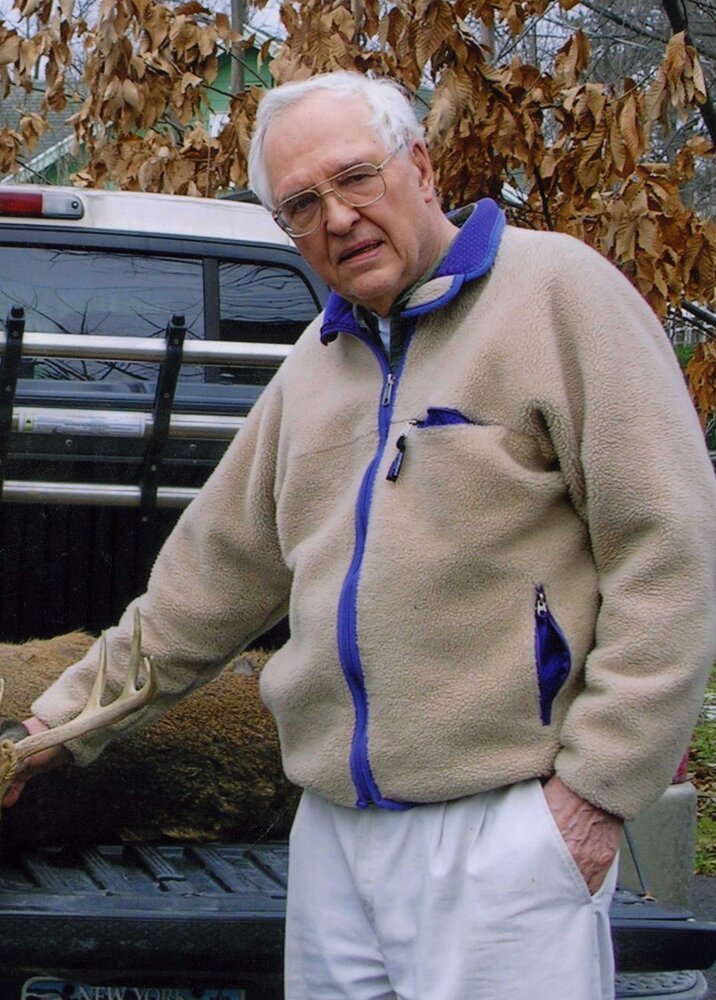 Please share a memory of Walter to include in a keepsake book for family and friends.
View Tribute Book

Walter L. Frykholm passed away peacefully Thursday, November 17 in the comfort of his home with his children at his side. Walter was born in Eagle River, Wisconsin on September 24, 1931, the son of Walter J. and Sylvia Inberg Frykholm. He graduated from Eagle River High School, class of 49. He attended Northland College for two years before transferring to Lake Forest College where he received his bachelor’s degree. After college Walter proudly served in the US ARMY from 1953 to 1955. After his discharge from the Army Walter moved to Phoenix, Arizona where he met the love of his life, Jean L. McMahon.  On December 29, 1956, they were married in St. Mary’s Basilica in Phoenix. Walter was a loving husband and father. He and Jean were blessed with three children who were the pride and joy of his life. He was an ardent outdoorsman enjoying fly fishing and hunting and camping.   He retired from the State University of New York system as a tenured faculty member after a successful career in the corporate world.
Walter was predeceased by his wife Jean, daughter Amy Joyce, and his brother Randy.
He is survived by his daughter Laurie (Rome, NY), his son Ryan (Susan) of Fairport, NY and their children Mitchell and Kasey.  Also surviving are sister-in-law, Faye Frykholm, Germantown, TN, cherished nieces Michele (Mark) Wells and Lynne (Chuck) Howard, great nieces Maddie (Cory) Churchman and Kelsey (Brian) Knight and their families.  He is also survived by nieces and nephews, Anne Fuller, Martha Malone, Mary McMahon, Devin McMahon, Kerry McMahon, Laura McKnight, Don McMahon and James McMahon, and many wonderful cousins.
Services will be held Wednesday, November 23, at 9:00 AM at St. Peter’s Church with the Reverend Sean P. O’Brien officiating. Family and friends are invited to attend calling hours on Tuesday, November 22 from 4:00-7:00 PM at Strong-Burns and Sprock Funeral Home 7751 Merrick Rd, Rome NY. Interment will take place at St. Peter’s Cemetery in Rome. In lieu of flowers please consider a donation to Hospice & Palliative Care, 4277 Middle Settlement Rd, New Hartford, NY 13413.