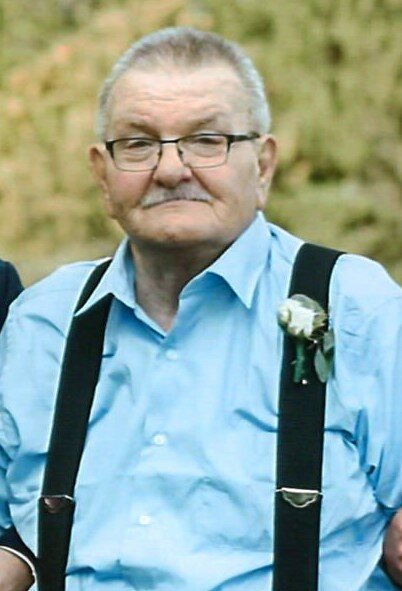 Please share a memory of Raymond to include in a keepsake book for family and friends.
View Tribute Book

Raymond S. Loomis Jr. better known as “Ray” passed away peacefully on October 11th, 2022. Ray was born on December 3, 1945, a son of Raymond Loomis Sr. and Ruth May Loomis in Rome, NY where he resided the majority of his life.

Ray joined the United States Marine Corps (USMC), completed his basic training at camp Lejeune, N.C. and proudly served four selfless years as an Infantry/Rifleman before being honorably discharged in 1969. During his time in the USMC, he did a Tour in Vietnam for a year as well as a Tour in the Caribbean and Mediterranean for six months at each location. Ray also participated in two Amphibious Training Landings while in the USMC. One was in Timbakion, Crete and the other, known as “Operation MEDLANDEX 1-65” located along the beaches of Porto Scudo and Capo Teulada, Sardinia.

Ray was dressed with several medals honoring his time in the USMC, which included: an Armed Force Expeditionary Medal, A National Defense Service Medal, Good Conduct Medal, Vietnam Campaign Medal with device and a Vietnam Service Medal with one star.

Following his time in the USMC, Ray joined the Army Reserves and proudly served another 23 years as an E-6 Staff Sergeant in the 77th US Army Reserve Command, 331st Medical Division, retiring on January 15, 1992. Simultaneously, Ray worked for the Central New York Developmental Services Office as a Mental Therapist Aide for 25 years where he continued supporting his fellow service members. Ray was a member of the Henry P. Smith Post #24 American Legion of Rome, NY and was a life member of the VFW Auxiliary Post #2246 of Rome, NY.

Following retirement Ray's time was spent with his family and outdoors. You could often find Ray fishing, camping, or boating with his grandson, as well as swimming with his grandchildren. Ray enjoyed time spent with his grandchildren and he would regularly attend their school functions and sporting events supporting all of their activities. Family was important to Ray, and he thoroughly enjoyed family parties, big holiday parties and get-togethers. He also loved to travel all over the US for family vacations. Most of all, Ray enjoyed spending time with his wife Margaret. He especially enjoyed her ability to cook; together they watched the news, boxing, and many old western films.

The family would like to thank the staff of 3 East at Rome Memorial Hospital for their care and compassion, especially Pauline, and Kayla Tuttle of 2 North.

Memorial contributions may be made to Disabled American Veterans 860 Dolwick Drive Erlanger, KY 41018 or the Humane Society of Rome  6247 Lamphear Rd, Rome, NY 13440.

Calling hours will be held Monday, October 17, 2022 from 3-7 P.M. at Strong-Burns & Sprock Funeral Home 7751 Merrick Road, Rome. Funeral services with Military Honors will be held on Tuesday, October 18, 2022, at 11 A.M. at the funeral home. Interment will take place in Evergreen Cemetery.