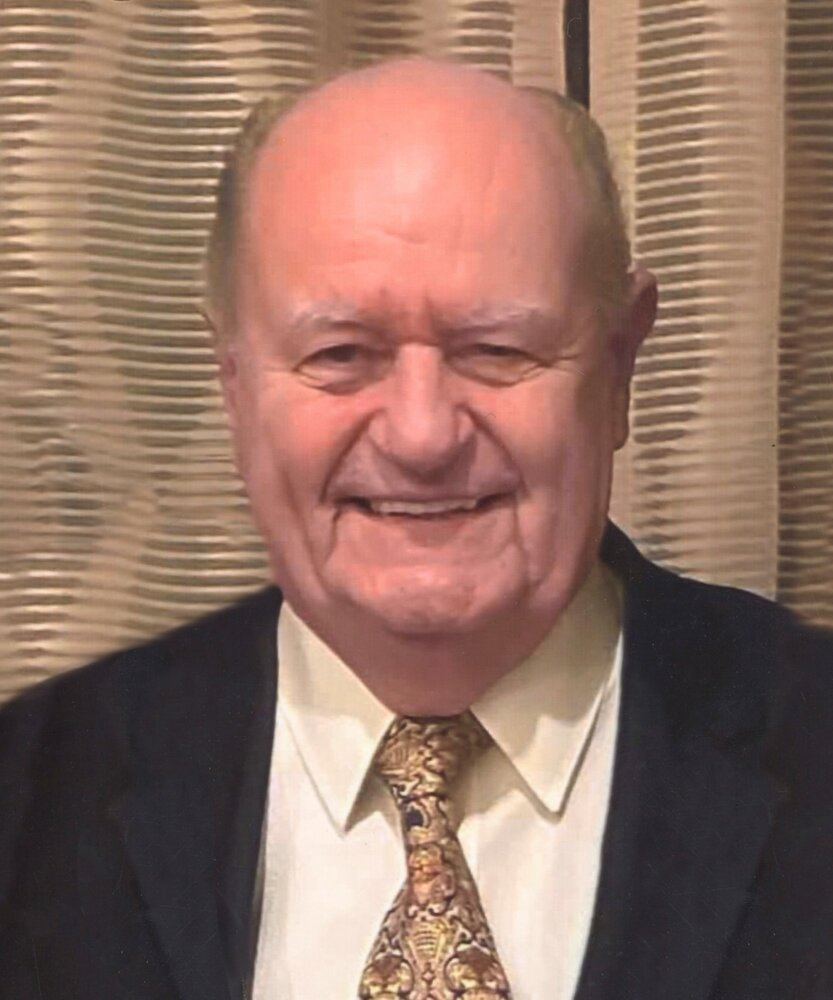 Please share a memory of Charles to include in a keepsake book for family and friends.
View Tribute Book

Charles M. Sprock, 82, of Rome, passed away peacefully at his home on August 24, 2022, with his loving wife at his side. He was born on November 29, 1939, in Rome, the son of the late Daniel and Eva Wunder Sprock. Charlie was a graduate of St. Aloysius Academy Class of 1957, Utica College Class of 1961 and Brown University Masters of Banking Program Class of 1976. On June 23, 1962, he was united in marriage to Gretchen Hurley in a ceremony which took place in St. Peter’s Church of Rome. During his college years he began working at Rome Savings part-time as a summer intern file clerk in the mortgage department. He rose through the ranks holding a variety of positions. He enjoyed an illustrious career that spanned 51 years. When he retired in 2011, he was the bank’s CEO, President and Chairman of the Board.  His retirement was short-lived. He joined the Rome Teacher’s Credit Union in 2014 and was appointed President. He served there for three years. When asked what he enjoyed most of his career he said “working with customers, being able to help them purchase a home, start a business or just help where needed, and working with exceptional staff, not considered employees but FAMILY, was a gift.” He was member of St. Peter’s Church of Rome and the Rome Elks Lodge; he served as a Trustee Emeritus at Utica University. Charlie was a former member of the Rome Hospital Board of Trustees, a Board Director of the Institutional Investors Mutual Fund N.Y.C. and many other civic organizations. He also served on several boards of for-profit businesses. He was honored that his contributions to the Central New York Community were recognized with various awards over the years, the most recent being the 2021 Mohawk Valley Leading Edge Award for being a Business Leader, Community Steward and Regional Champion.

The Sprock family wishes to thank the members of the Lake Delta Fire Department, Rome Fire Department and AmCare for their special service and support.

A Mass of Christian Burial will be held on Tuesday, August 30, 2022, at 11am at St. Peter’s Church of Rome. Family and friends are invited to attend calling hours on Monday, August 29, 2022 from 3-6pm at Strong-Burns & Sprock Funeral Home, 7751 Merrick Road, Rome. Interment will take place in St. Mary’s Cemetery.

Share Your Memory of
Charles
Upload Your Memory View All Memories
Be the first to upload a memory!
Share A Memory
Send Flowers
Plant a Tree