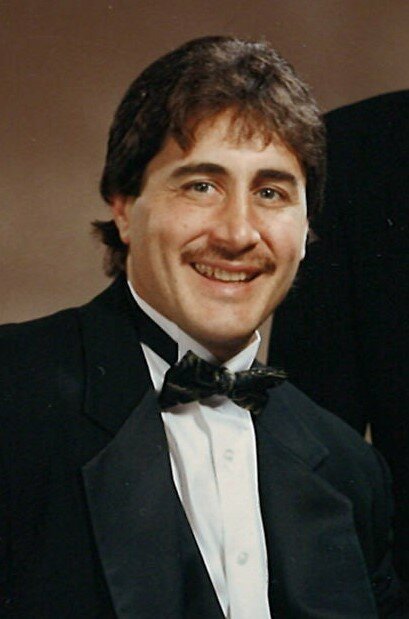 Please share a memory of Lorn to include in a keepsake book for family and friends.
View Tribute Book

Lorn J. Ferguson Sr. 59, of Rome, passed away on August 22, 2022. He was born on December 1, 1962, in New Hartford, N.Y. a son of David O. Ferguson and Valerie Mortis Mario. Lorn was a graduate of Rome Free Academy Class of 1981, he continued his education at Mohawk Valley Community College where he earned a degree in Respiratory Therapy. Lorn was a member of the Rome Elks Lodge and former member of the Lake Delta United Methodist Church. Lorn had a special love for life and was a friend to everyone he met. He enjoyed spending time outdoors, especially the time spent with his family on the St. Lawrence River fishing and boating. He was an avid history buff and also dedicated much of his time to renovating foreclosure properties–his favorite project being his beloved family home in Westmoreland. He was an accomplished dart player who was very active in many city dart leagues. His friends will remember him as a true competitor. Lorn was employed by the Central N.Y. Psychiatric Center prior to his retirement. He was formerly employed by Rome Memorial hospital as a Respiratory Therapist and CNY DDSO.

Lorn spent his lifetime rescuing animals in need and was completely devoted to his pets. In keeping with this, memorial contributions may be made to the Humane Society of Rome 6247 Lamphear Rd. Rome, N.Y. 13440.

Funeral services will be held on Saturday, August 27, 2022, at 5 P.M. at Strong-Burns & Sprock Funeral Home 7751 Merrick Road, Rome. Family and friends are invited to attend calling hours from 3-5 P.M. on Saturday prior to the service.

Share Your Memory of
Lorn
Upload Your Memory View All Memories
Be the first to upload a memory!
Share A Memory
Send Flowers
Plant a Tree