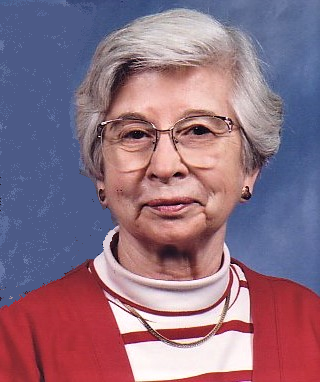 Please share a memory of Dorothy to include in a keepsake book for family and friends.
View Tribute Book

Born in Fukuoka, Japan in 1923, Dorothy was the daughter of Methodist missionaries. Anti-American sentiment forced her family to move to Honolulu in 1940. After the bombing of Pearl Harbor, her father, the Rev. Robert Spencer, was commissioned into the U.S. Army to teach Japanese and help with intelligence. Dorothy helped run the switchboards at the University of Hawaii, to prepare for a possible invasion.

Dorothy returned to the States and enrolled in Syracuse University, graduating with a degree in music education. She met her future husband there and they were married at Hendricks Chapel in 1945.

Dr. and Mrs. Brown moved to Rome in 1954, where he set up his practice. Dorothy began a lifetime of service: caring for Dr. Brown and their children, keeping the books at his office, and helping in their community. She was a volunteer for the Dogwood Twig, which aids Rome Hospital. She was a volunteer at Hospice & Palliative Care Inc., in New Hartford. She directed a children’s choir at the First United Methodist Church in Rome, where she was a faithful singer in the Senior Choir, helped with many church programs, and organized a food co-op. An avid seamstress, she taught sewing for several years at Stretch & Sew in New Hartford. She was a member of the Wednesday Morning Club for many years. She and her husband were members of Teugega Country Club and enjoyed golf and swimming.

Share Your Memory of
Dorothy
Upload Your Memory View All Memories
Be the first to upload a memory!
Share A Memory
Send Flowers
Plant a Tree