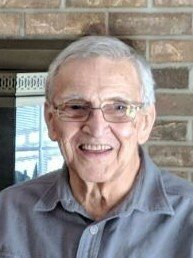 Please share a memory of Harold to include in a keepsake book for family and friends.
View Tribute Book

Harold C. Mumford, 82, of Rome, passed away peacefully on July 14, 2022, at his home with his loving family at his side. He was born on May 13, 1940, a son of the late Harold and Frances Cellini Mumford. Harold was a graduate of Rome Free Academy and Niagara University. On September 5, 1963, he enlisted in the United States Army where he proudly served his country until 1965. On April 23, 1966, Harold was united in marriage to Arden Carmody in St. Alphonsus Roman Catholic Church in Auburn, N.Y. Harold was a member of St. Paul’s Catholic Church of Rome and former member of St. Joseph’s Church of Lee. He was a member of the V.F.W. of Rome and was an avid volunteer with the Special Olympics. Harold looked out for his loved ones, often gifting them with books or gadgets to make their lives safer and easier. He enjoyed spending time outside, especially on the water in his boat or at Nicky Doodles eating ice cream. Harold took great pleasure in fishing, hunting, and sharing memories from his younger years.

In lieu of flowers, contributions in Hal’s memory may be made to Operation Smile (www.operationsmile.org) or the National Fish and Wildlife Foundation (www.nfwf.org).

A memorial service with Military Honors will be held on Thursday, July 21, 2022, at 11 A.M. at St. Paul’s Catholic Church of Rome. Family and friends are invited to attend calling hours from 10 A.M. to 11 A.M. prior to the service. Private internment will take place in St. Mary’s Cemetery.