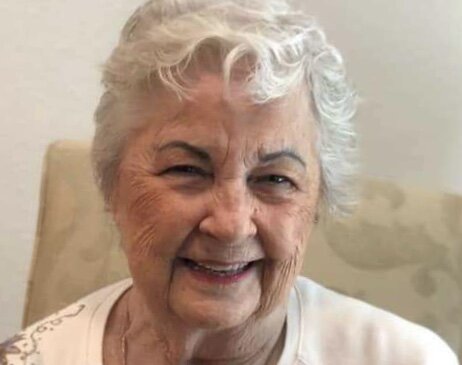 Please share a memory of Geraldine to include in a keepsake book for family and friends.
View Tribute Book
Geraldine "Jerry" K. Bates-Hayes, of Winter Haven, Florida, formerly of Rome and Brantingham, NY, passed away after a brief illness on Friday, November 19, 2021, with her family by her side. Jerry was born July 22, 1935 to the late Howard and Katherine Knudsen. She was educated in Rome schools, a graduate of RFA. On September 5, 1953 she wed the love of her life, Douglas Bates. They resided in Rome while raising a family, and together operated Doug Bates Well Drilling. In 1972 they acquired Bates Lakefront Cottages at Brantingham Lake, NY, eventually making it their permanent home until Douglas passed in 1993. Jerry was a member of St. Mary's Church, a frequent volunteer at her childrens' schools, a leader in the Fresh Air Fund, and a Catholic Charities foster parent to countless infants and young children. Jerry was also a master seamstress and would whip up a dress, elaborate costume, or window drapery in record time. She was a woman of many talents and loved to garden, play the organ, sing, bowl and even roller dance. In later years, she segued her artistic talent into wearable art "Designs By Jerry". Her floral designs with her signature hummingbird were sold in a boutique in Fairfax, VA. In 1995 Jerry married Dick Hayes, also of Brantingham. They resided in Florida, while for a time returning to Brantingham in the summers. Never letting any grass grow under her feet, Jerry was busy earning her real estate license, flipping houses, serving on her HOA board, hosting neighborhood cocktail parties, and attending weekly Bible Study and luncheons with her many friends. Jerry was predeceased by her husband of 40 years, Douglas, her son Howard Bates, her brother, William Knudsen, her sister, JoAnn Laskowski, and her second husband, Dick Hayes. Jerry is survived by three daughters, Cynthia (Robert) Beasock, Karen (Richard) Dellork, and Susan Bates, along with her brother, John (Ellen) Knudsen. She is also survived by her grandchildren, Jessica (Dan) Fix, Erin and Alissa Dellork; great grandchildren, Trenton and Corinne Fix, Haylee (Joshua) Velasco; great-great grandson, Elijah Velasco; and her cherished foster son, Vincent Enquist. Friends and family are invited to a 1 pm graveside service on May 9, 2022, at Rome Cemetery. Arrangements by Strong-Burns & Sprock Funeral Home 7751 Merrick Road, Rome. In lieu of flowers, donations may be made to the American Heart Association.
Print
Monday
9
May