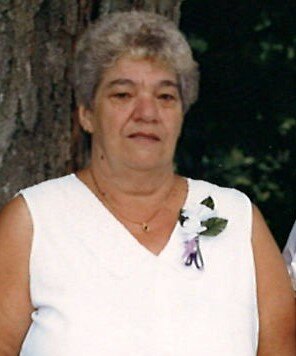 Please share a memory of Vernice to include in a keepsake book for family and friends.
View Tribute Book
Vernice C. Squadrito Vernice C. Squadrito, 83, of Rome, passed away peacefully on Sunday, February 6, 2022, at Rome Health. She was born on October 10, 1938, in Chateaugay, N.Y. a daughter of the late William Sr. and Jane Gushlaw Fountain. Vernice was united in marriage to Allen Williams. Allen predeceased Vernice, she then went on to marry Paul Squadrito. Paul also predeceased Vernice. Vernice was a member of St. John the Baptist Church of Rome and member of the Royal Neighbors of America. She enjoyed spending time with her family and friends. She is survived by two daughters, Crystal Nestle (Rob Patterson), Durhamville, Shannon (Rob) Howard, whom Vernice resided with of Rome; four grandchildren, Christina (Josh) O’Hara, Chad (Ashley) Bloomquist, Robert Howard, Jr. and Coby Patterson; two great grandchildren, Layla and Brantley O’Hara; a very special friend who was like a sister, Jane Pope; several very special nieces and nephews. Vernice was predeceased by seven sisters, Ethel Cosimeno, Evelyn Larrabee, Edith Squadrito, Claudette Fountain, Jean Barber, Jane and Beverly Pope; four brothers, Wilber, William, Wilson and Charles Fountain; a step-brother, George Smart. Funeral services will be held on Thursday, February 10, 2022, at 5 P.M. at Strong-Burns & Sprock Funeral Home 7751 Merrick Road, Rome. Family and friends are invited to attend calling hours from 2-5 P.M. prior to the service. Burial will take place in Rome Cemetery in the Spring.
Thursday
10
February

Share Your Memory of
Vernice
Upload Your Memory View All Memories
Be the first to upload a memory!
Share A Memory
Send Flowers
Plant a Tree