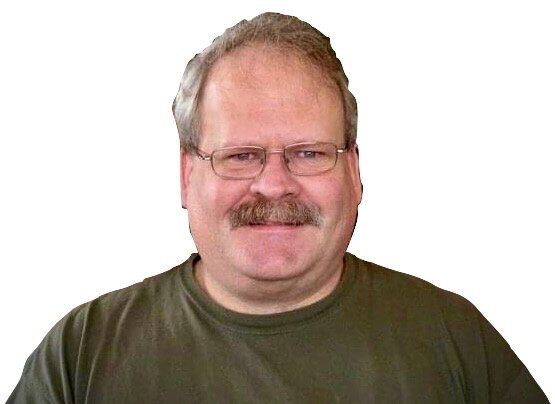 Please share a memory of David to include in a keepsake book for family and friends.
View Tribute Book
David J. Chmielewski 59 of Rome, NY, passed away Sunday, January 30, 2022, at Crouse-Irving Memorial Hospital in Syracuse. Born in 1962, David was the second of five children from Daniel Chmielewski Sr. and Jeanne (Kochon) Lopez. David was a technical services representative with Clean Harbors in Syracuse. In 2019, he was named “Technical Services Representative of the Year.” This was a company-wide award. Clean Harbors has more than 20,000 employees in 450 offices across North America. David graduated from SUNY Potsdam in 1985, with a degree in Chemistry and is a 1981 graduate of Rome Free Academy. He was a Central Oneida League all-star tackle for the 1980, Section III Champion Black Knights – the first RFA team to play in the Carrier Dome. David was the “Don Healey Award” winner as the outstanding Lineman for the Black Knights that season. In 1993, David, and his brother Douglas, saved the life of a teenage girl who nearly drowned in a creek in Rome in a snowmobile accident. Their heroism was honored by the Oneida County Sheriff’s Department and the Rome Police. The incident was featured on the CBS Network TV show, Rescue 911, in May 1994. David is survived by his mother, her husband Michael of Kissimmee, FL, his brother Dan and his wife Dawn of Irvine, CA, his brother Douglas and his wife Mary of Rome, his sister Jacqueline of Uwchlan, PA, and his sister Julie Brucker and her husband Paul of Schenectady, NY. He leaves four nephews – Alex, Adam, Jake and Brian whom he had a special bond with – and three nieces – McKenna, Madison and Rachel. David is also survived by his step-mother Betsey Chmielewski of Utica, a step-brother John Buffa of Lee Center, and a step-sister Kyle Buffa of West Leyden. He was preceded in death by his father, Dan. David leaves behind a number of lifelong friends from the Lake Delta neighborhood where he grew up and lived. David always had a joke and made you laugh, even when you were down. His illness prevented him from doing many things he enjoyed but he never complained and continued to work every day. David displayed courage, bravery and wonderful sense of humor every day of his life. In lieu of flowers, the family recommends donations be made in David’s name to The Foundation for Sarcoidosis Research at https://www.stopsarcoidosis.org/ or Lake Delta Fire Department P.O. Box 596, Rome N.Y. 13442 Funeral services will be held on Saturday, April 23, 2022, at 10 A.M. at Strong-Burns & Sprock Funeral Home 7751 Merrick Road, Rome. Calling hours Friday, April 22, 2022, from 4-7 P.M. Interment will take place in St. Mary's Cemetery.
Friday
22
April