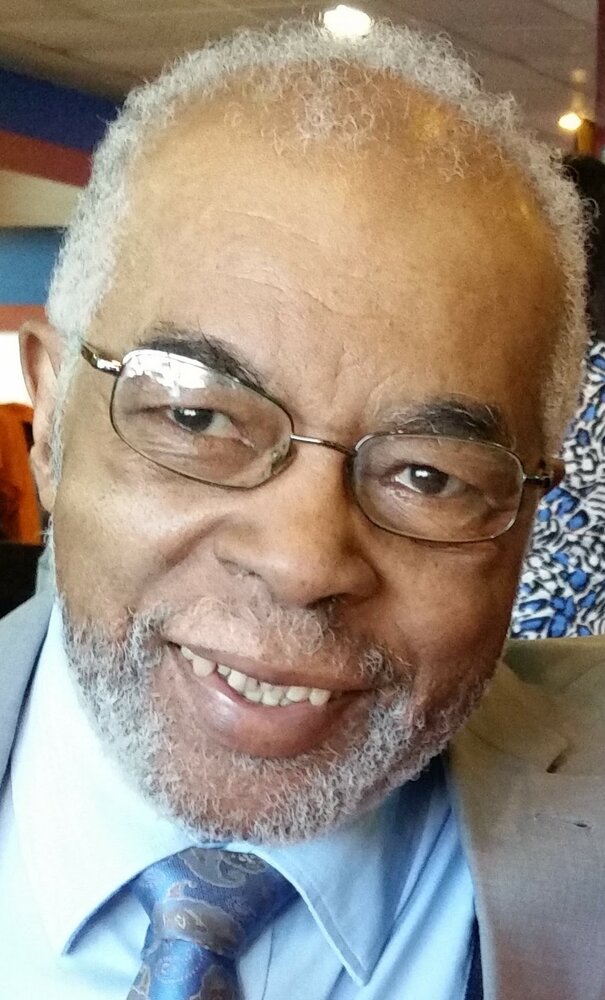 Please share a memory of James to include in a keepsake book for family and friends.
View Tribute Book
James Aaron McNeely, Sr; the eldest son of Capius Lee McNeely and Evelyn (Torrence) McNeely of Salisbury, NC was called home to be with the Lord after a brief illness on December 15, 2021. James was a resident of the Rome, New York area since 1968. James, aka Mack and Aaron to some, was born on March 10, 1942. He was an exceptional student, and graduated from Price High School in Salisbury, NC. James went on to receive his Bachelor of Science from Livingstone College. During that time, he excelled as a student and pledged Phi Beta Sigma Fraternity. Later, he received his Master’s Degree from Syracuse University. James taught math and science for several years in the Utica school system before embarking on a career in federal service with the United States Air Force. James retired from the Information Directorate and the former Griffiss Air Force Base after 38 years of faithful and devoted Federal Civilian Service with contributions to many projects including electrical circuit building, air defense mapping and fusion technology. He was also a faithful and devoted member of Hope Chapel AME Zion Church in Utica, NY, where he served as President of the Trustee Board, Chair of the Ministry of Kindness, Men’s Club, Class Leader and in many other functions. James’ hobbies included fishing, hunting, grilling and watching old western reruns. James learned about fixing things early on and could fix just about anything. He also had a unique sense of humor. James/Aaron was a man of great character and conviction, a committed family man who exemplified the golden rule of treating others the way God wants us to treat our fellow man. James had four siblings, two brothers and two sisters: Cylista Brady (deceased), Myra Gail Cuthbertson, Billy Wayne McNeely (deceased) and Harry Lee McNeely. On August 20, 1966, at First Baptist Church in Southmont, NC he was united in matrimony to the love of his life Margaret Louise (Adderton) McNeely. Their union lasted 54 years. Margaret preceded him on the path to glory six months prior (June/2021). Their loving union was blessed with three boys James Jr, Eric and Dwayne. In addition to leaving behind his three sons he also leaves two daughters in law, Danita McNeely and Tawina McNeely: Sister, Myra Gail Cuthbertson and brother, Harry Lee McNeely, eight grandchildren, Linquan, Robert, Claire, Caleb, Carson, Deondria, Shamika and Jasmine and six great grandchildren, Kvan, Kyler, Jazhari, Kamon, Devion and Ralik. He leaves five sister-in-laws and six brother-in-laws, Brenda McNeely, LC Brady, Agnes Tyler, William and Savanna Adderton, Jimmy and Jackie Adderton, Rev. Leon and Evelyn Key, and Mike and Arnetta Smith, along with a host of nieces, nephews and great nieces and nephews.
Thursday
23
December

Share Your Memory of
James
Upload Your Memory View All Memories
Be the first to upload a memory!
Share A Memory
Send Flowers
Plant a Tree