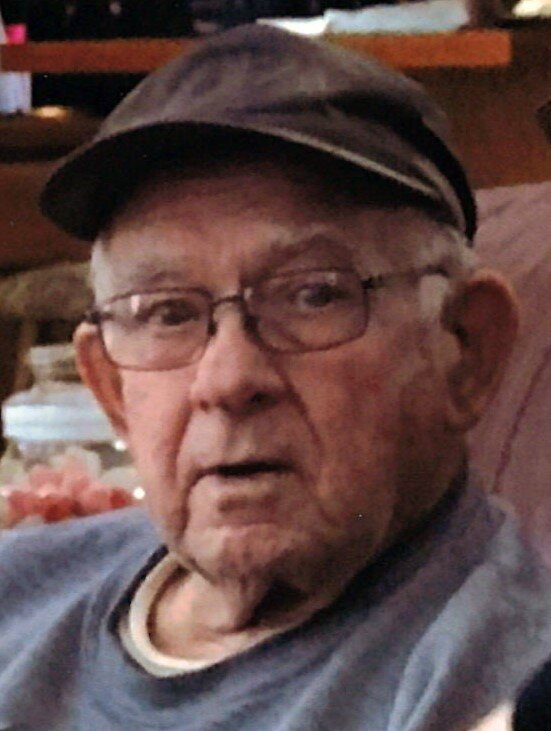 Please share a memory of Benjamin to include in a keepsake book for family and friends.
View Tribute Book
Benjamin E. Donnelly Benjamin E Donnelly age 87, of Lee Center, passed away unexpectedly on November 15, 2021, in Rome. He was born on December 8, 1933, in Rome to the late John and Naomi Connelly Donnelly. He attended St Aloysius School and Rome Trade School where he earned the Vocational School Certificate of Honors for Industrial History, Machine Shop, Blueprint reading, Industrial Economics and Shop Theory. On March 30, 1953, Ben enlisted in the United States Army and proudly served his country while being stationed in Korea. On November 19, 1955, Ben took Mary Jane Marcellus as his bride at St. Peters Church in Rome. Ben was employed at Griffiss Air Force Base as a Telecommunications Specialist for 33 years. Ben enjoyed fishing and hunting with his sons, who were his best friends. In his younger years, he could be found coaching his children on their baseball, hockey and softball teams. Ben was an avid softball player on the Rome City teams and a founding member of the Lee Center Trail Busters Snowmobile Club. Until three weeks ago, Ben could be found splitting wood and raking leaves in his yard. He is survived by daughter Darby Donnelly and Russell Brown and son David Donnelly and Carol Cieslewitz of Rome, one brother, Vince and Dawn Donnelly of Buffalo, grandchildren Emily, Cole, Shannon, Jade, Casey and Cody; and great grandchild Danielle and several nieces and nephews. Ben was predeceased by son Daniel Donnelly and wife Mary Jane Donnelly, brother Leo Donnelly and sister Margaret Norman. The family wishes to thank special caregivers, Emily Brown and Danyell Coccia and Jessie Saterlee for their wonderful care that they provided to Ben. Funeral services with Military Honors will be held on Monday, November 22, 2021, at 12 P.M. at Strong-Burns and Sprock Funeral Home 7751 Merrick Road, Rome. Calling hours 10 A.M.-12 P.M. prior to service. Interment will take place in Evergreen Cemetery
Print
Monday
22
November