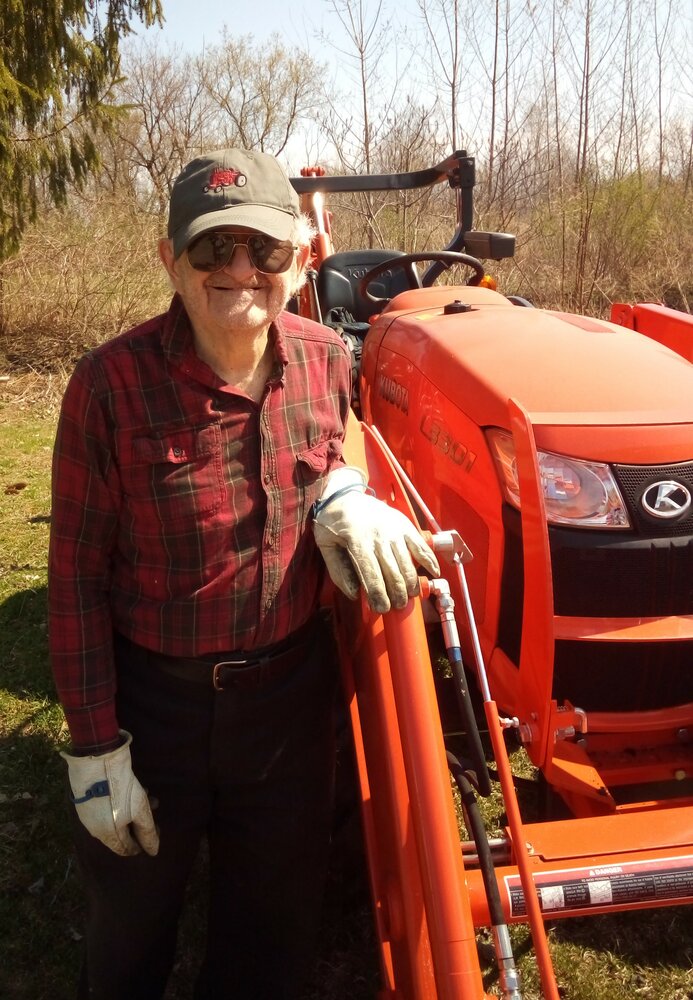 Please share a memory of John to include in a keepsake book for family and friends.
View Tribute Book
John E. Luce, 83, of Rome, passed away on October 30, 2021, after a brief illness. He was born July 21, 1938, in Rome, the son of the late Walter and Blanche (Schuller) Luce. John was a farmer from a very young age, growing onions, corn, and pumpkins on his family farm on South James Street. He graduated from RFA and had achieved his goal of becoming an Eagle Scout. John worked at Harden Furniture for many years and at Lowe’s for the past 15 years. He was a faithful member of St. Peter’s Church. He was united in marriage to Jean LaJoie in May 2014. John will be remembered as a good husband and a good man. He was very talented and built their home on South James Street. He enjoyed snowmobiling but loved driving his tractor most of all. He is survived by his wife, Jean; his stepchildren, Justina Paradise, Gary and Danielle Cook, and Jerry and Ellyn Cook; his grandchildren, Jessica, Erin, Trenton, Kyle, Justin, Holi and DeAyana; great-grandchildren, Kinsely and Aaliya; and many beloved nieces and nephews. He was predeceased by his parents, and his sisters, Marion McKeown and Patricia Evans. In keeping with John’s wishes, graveside services will be held at 1pm Tuesday, November 2, 2021, at St. Mary’s Cemetery in Rome. Arrangements by Strong-Burns & Sprock Funeral Home.
Tuesday
2
November

Share Your Memory of
John
Upload Your Memory View All Memories
Be the first to upload a memory!
Share A Memory
Send Flowers
Plant a Tree