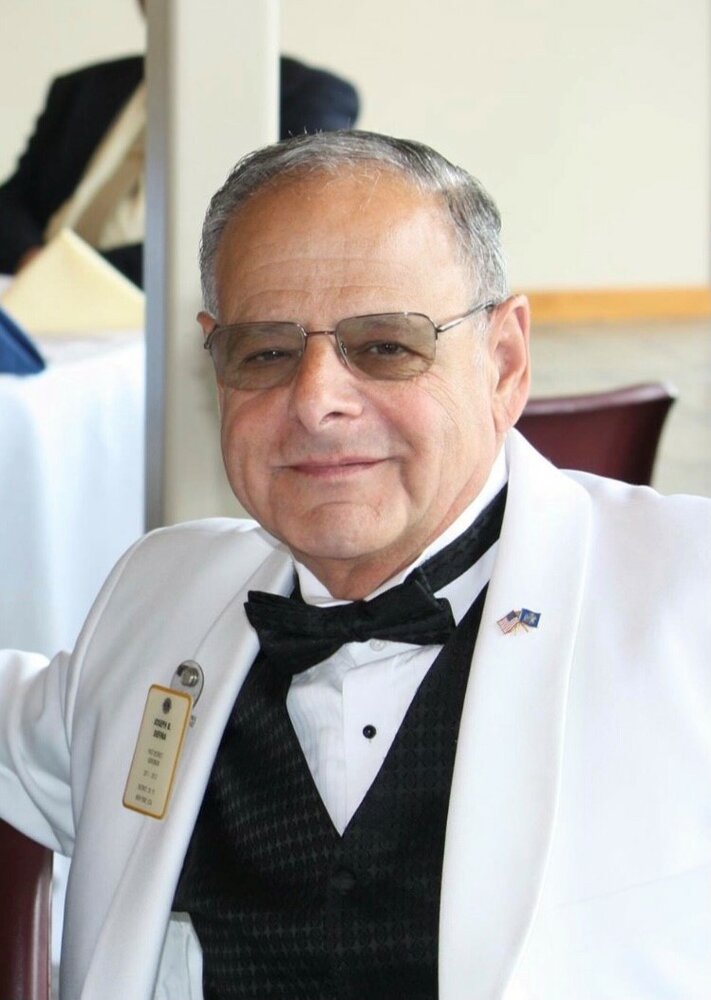 Obituary of Joseph B. DeFina

Please share a memory of Joseph to include in a keepsake book for family and friends.
View Tribute Book
Joseph B. DeFina 76, of Rome, passed away unexpectedly on September 13, 2021, at St Luke’s Hospital. He was born January 20, 1945, in Los Angeles CA a son of the late Giuseppe and Rosa DiStefano DeFina. Joe graduated from St. Aloysius Academy Class of 1963. He furthered his education at MVCC earning an Associate Degree in engineering. On May 8, 1965, he married the former Patricia A. Morreale at St. Johns church a union they had together for over 56 years. Joe was employed for the City of Rome over 20yrs in the Engineering Dept at City Hall. He was also employed by Price Chopper for 18yrs as Produce Manager, additionally worked part time at Oneida County Office Building in Utica Joe is survived by his beloved wife, Patricia and their two children. Joseph Anthony and Kristen DeFina Livermore CA, Patrice (Patico) Marschall Manlius NY, and daughter in law Judy DeFina New Hartford NY. Joe was predeceased by his son, Chad David DeFina Esq. in 2015. He is also survived by four grandchildren Davis and Kadie DeFina, Tyler and Baylen Marschall and two step grandchildren Michael and Elisabeth Nole. Joe was a member of the Rome Lions Club for over 30yrs and District Governor of multiple District, 20-1Y 2011-2012. He served as Secretary, President and Membership Chair of Governors Assoc. Trustee for NY and Bermuda Lions Foundation, District Coordinator for Brandel-Murphy Youth Foundation, past chairman of the board and board member of American Red Cross in Mohawk valley. Joe was very active in Republican Party serving as 3rd Ward Committee person and Ward Chairman. He also served on the Oneida County Executive Board and past vice chairman for the Rome City Republican Party. Joe very much enjoyed attending his son’s football and basketball games and continued on watching his grandsons play hockey, lacrosse and soccer. In lieu of flowers donations to Rome Humane Society 6247 Lamphear Road, Rome N.Y. 13440 Funeral services will be held on Saturday, September 18, 2021, at 2 PM at Strong-Burns & Sprock Funeral 7751 Merrick Road, Rome. Family and friends are invited to attend calling hours from 11 AM to 2PM prior to the service.
Print
Saturday
18
September