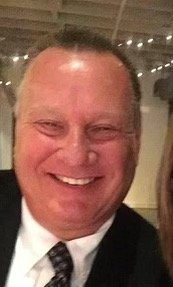 Please share a memory of David to include in a keepsake book for family and friends.
View Tribute Book
David S. Brockway, 64, of Rome, passed away peacefully at his home on Tuesday, July 13, 2021. He was born in Rome, N.Y. on June 8, 1957, the son of Raymond and Mary Wojdyla Brockway. David was a graduate of Rome Free Academy Class of 1975. On September 10, 1983, David was united in marriage to Mary Ellen Pekarski in St. Peter’s Church. David was employed by the City of Rome for over 34 years, retiring in 2019. Dave attended St. Peter’s Church and was a member of the Mohawk Glen Golf Course and the Ukrainian Club of Rome. During the summer months David enjoyed golfing in his Thursday night golf League and during the month of August, David along with family and friends would travel to Saratoga to enjoy Horse Racing. He is survived by his mother, Mary Wojdyla Brockway, Rome; his loving wife, Mary Ellen Brockway; two daughters and sons-in-law, Jenna and Nick Facciolo, Jillian and Erik Lanahan; a son Trevor Brockway (Alison Diodati) all of Rome; a sister and brother-in-law, Linda and Wayne Longto, Rome; a brother-in-law, Roger Scouten, Rome; eight grandchildren, Ella, Eva, Giovanna, Valentina, Nicholas, Kinsley, Bauer and Bowen; several aunts, uncles, cousins, nieces and nephews. As well as many friends from his Thursday night golf league. Cousin, best friend, longtime horse betting buddy Steve Wojdyla and good friend Dave Marino. David was predeceased by his father, Raymond Brockway and sister Raylene Scouten. Memorial contributions may be made to Down Syndrome Diagnosis Network PO Box 140 Stillwater, MN 55082 Funeral services will be held on Monday, July 19, 2021, at 9 AM at St. Peter’s Church, Rome. Family and friends are invited to attend calling hours on Sunday from 2-5 PM at Strong – Burns & Sprock Funeral Home 7751 Merrick Road, Rome. Interment will take place in St. Peter’s Cemetery.
Sunday
18
July