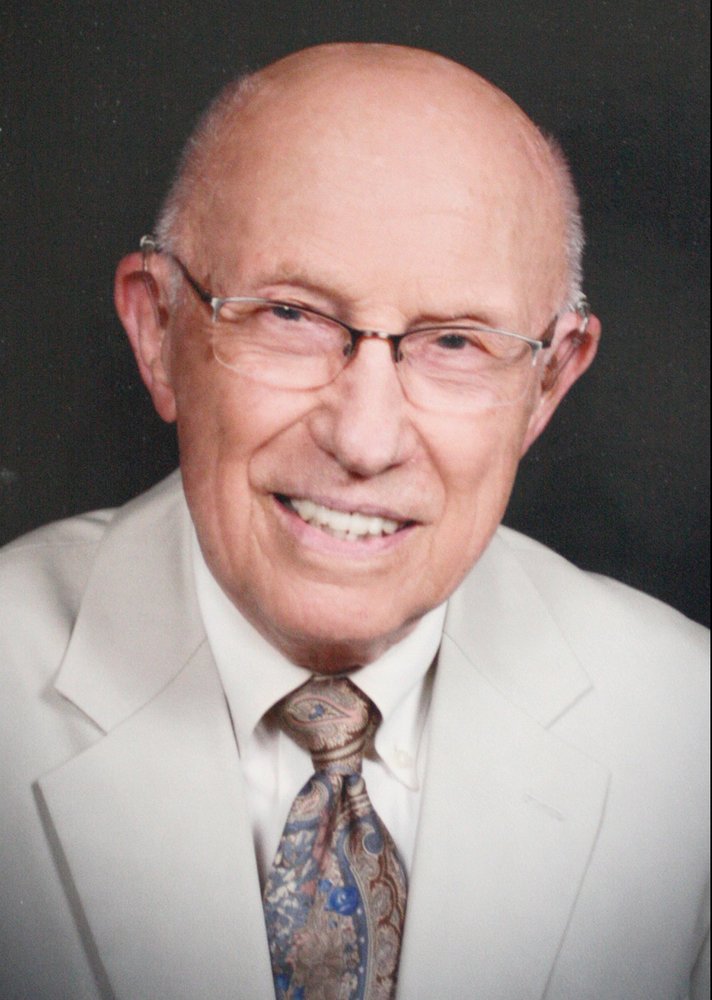 Please share a memory of Russell to include in a keepsake book for family and friends.
View Tribute Book
Russell C. Fielding, 100, of Pittsburgh, PA, formerly of Rome, NY, passed away on Monday, March 29, 2021. He was born in Streator, Illinois on February 23, 1921, son of the late Frank C. and Florence Price Fielding. He graduated from the University of Illinois. He was the loving father of Pamela (Rob) Backstrom, Roger (Barbara) Fielding; grandfather of Kelsey (Sean) Curtis, Geoffrey Backstrom, Russel Fielding and Rebecca Fielding; and great-grandfather of Cassandra Curtis. He was predeceased by his beloved wife Darlene E. Fielding, and siblings Frank E. Fielding and Phyllis Fielding Faust. Russel served in the U.S. Army in World War II as First Lieutenant in the 42nd Infantry (Rainbow) Division in France, Germany and Austria. Commendations include the Silver Star, Bronze Star, and Purple Heart. Following discharge, he joined the U.S. Army Inactive Reserve and was recalled to active duty to serve in Japan and Korea during the Korean Conflict. He was employed by the Rome Sentinel Company for almost 40 years. As an active member of the community of Rome, NY, and the surrounding area, he served on many boards of directors for community, education and corporate organizations. He was also an active member of the First Presbyterian Church of Rome, where he served as an Elder and chairman of the Board of Trustees and also participated in the church choir. In lieu of flowers, please send memorial donations to the First Presbyterian Church, Rome, NY; Jervis Public Library, Rome, NY; or the Rome Historical Society, Rome, NY. Online condolences my be made at www.hennyfuneralhome.com. A memorial service will be held in early summer in Rome, NY, for both Russel and Darlene.

Share Your Memory of
Russell
Upload Your Memory View All Memories
Be the first to upload a memory!
Share A Memory
Send Flowers
Plant a Tree