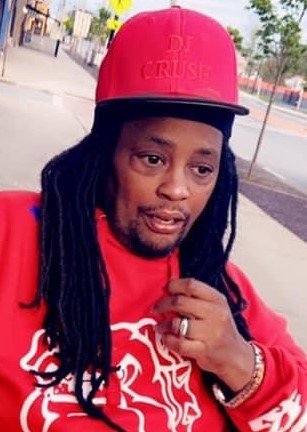 Please share a memory of Anthony to include in a keepsake book for family and friends.
View Tribute Book
Anthony David Groomes, 47, of Rome, passed away on June 20, 2021 at St. Elizabeth’s Medical Center with his loving family by his side. He was born on October 1, 1973 in Walla Walla, Washington into the loving arms of Victor and Edith (Moss) Groomes. He graduated from Rome Free Academy and went on to MVCC. He was well known to many as DJ CRUSH and truly enjoyed entertaining people. He had a contagious smile and personality that would light up any space he walked into. Anthony loved music and was a self-taught musician and drummer. He was also an entrepreneur. He was a loving father to his son, a true family man, and father figure to many more. He is survived by his son, Michael Groomes; father and mother, Victor and Edith Groomes; companion, Arianna Mason; sisters and brothers, Kenisha Groomes-Faulk and husband Eddie, Xavier Groomes and wife Nicole, Michele Groomes, Savannah Diable; goddaughters Jolie Humphrey, LaShell Beckley, and Amor Molette; “Adopted Children,” Anette, Antonio, Javon, Hanna, and Anthony; and a large loving extended family. All services for Anthony will be private to his family. Arrangements are entrusted to Strong-Burns and Sprock Funeral Home, Rome. Anthony will be buried in Evergreen Cemetery.

Share Your Memory of
Anthony
Upload Your Memory View All Memories
Be the first to upload a memory!
Share A Memory
Send Flowers
Plant a Tree