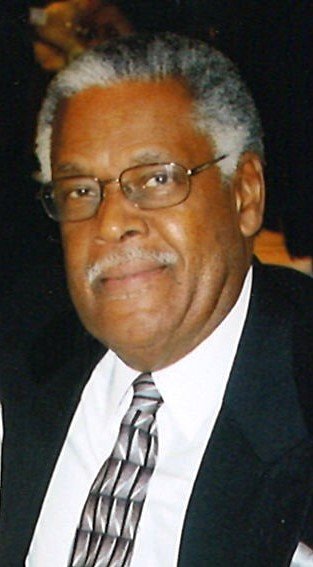 Please share a memory of Leon to include in a keepsake book for family and friends.
View Tribute Book
Leon McDowell, 87, earned his angel wings and passed peacefully into God’s hands on June 18, 2021. He was born on January 30, 1934, in Portsmouth, VA, the oldest son of the late Lacy and Blanche (Smith) McDowell. After graduating from I.C. Norcom High School in 1952, Leon worked at the Norfolk Naval Shipyard to earn enough money to send his older sister, Lillian, to Petersburg College in Virginia. He then attended and graduated from Howard University in 1960 with his B.S. in Electrical Engineering and received his M.S. in Management Science from SUNY Binghamton in 1981. On June 29, 1963, he was united in marriage to Delores “Jeanne” Lee in Youngstown, Ohio. The couple met at Howard University and shared nearly 58 years of love and devotion. Leon worked at the Rome Air Development Center, Griffiss Air Force Base first as a Research and Development Engineer, and then as a Project Manager. He then worked at the 485th Engineering Installation Group, Griffiss Air Force Base, retiring as a Data Section Chief. After retiring, Leon served as a substitute teacher for mathematics and science in the Rome Public School System. Leon was an active member of Mount Calvary Baptist Church, where he participated in the Choir, the Male Chorus, the Board of Trustees, and served as Financial Secretary. In addition, Leon was a member of several community service organizations including the Afro-American Heritage Association, the Rome Chapter NAACP, and the Mohawk Valley Frontiers, where he was known as the “Professional Master of Ceremonies.” Leon also served as a board member at Hospice & Palliative Care. He enjoyed quiet times spent with his family most of all. He is survived by his wife, Jeanne; his son Craig McDowell of Liverpool; daughter and son-in-law, Christi and Herman Patterson of Frederick, MD; granddaughter, Caressa Patterson; and his brother Lacy McDowell Jr. of Portsmouth, VA. He was predeceased by his parents; a sister, Lillian McDowell; and a brother, Eugene McDowell. All are invited to call Monday, June 28, 2021, from 4 –7pm at Strong-Burns & Sprock Funeral Home, 7751 Merrick Rd, Rome. Funeral Services will be held at 10am Tuesday, June 29, 2021 at the funeral home. Burial will follow at Evergreen Cemetery. In lieu of flowers, please consider donations in Leon’s memory to the Alzheimer’s Association.
Monday
28
June

Share Your Memory of
Leon
Upload Your Memory View All Memories
Be the first to upload a memory!
Share A Memory
Send Flowers
Plant a Tree