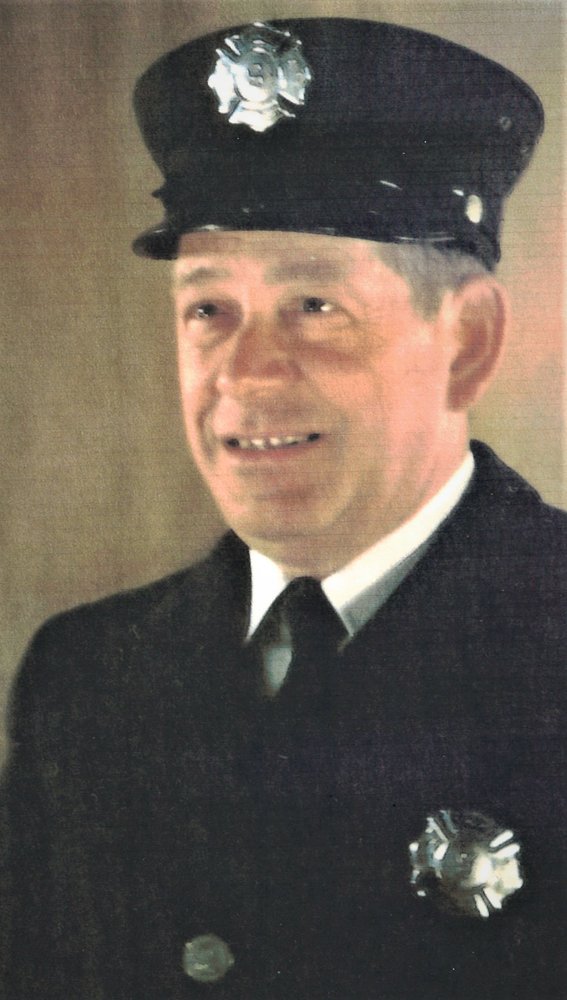 Please share a memory of Bob to include in a keepsake book for family and friends.
View Tribute Book
Robert L. Aldrich Robert “Bob” Aldrich, 83, of Rome, passed away at his home, surrounded by his loving family, on April 28, 2021. He was born on March 25, 1938, in Tully, N.Y. the only son of Mike and Doris (Clark) Aldrich. Robert had three younger sisters, Sylvia LeMons-Liddle, MaryLou Potter, and Jill (Fay) Grover. In 1956, Robert graduated from Tully Central High School. After graduation, Bob went to work for Smith -Corona in Syracuse. After about a year or so, he was promoted to an Apprentice in Tool & Die making. Unfortunately, about 2 1/2 years later in 1958, Smith -Corona closed and moved to Groton, transferring only a few employees. At this point Bob turned to Farming to make a living, until he made the decision to join the National Guard Reserve in Syracuse, N.Y. In 1963, Bob joined the Rome Fire Department, proudly serving the City of Rome for 33 plus years as a Fire Fighter, retiring in 1995. Bob also worked part time at Rome Glass Service and Jim’s Glass Service until 1988 when he decided to open his own business “Bob’s Glass Service”. In his spare time Bob truly enjoyed hunting and fishing with family and friends. Bob was a life member of the Steczko Post, Ukrainian Club and the Stanwix Veterans & Men’s Club where he had been a member for 55 plus years. Bob served on the Board of Directors for 41 years, served three terms as President (1991, 1993 & 1996), two terms as Vice President (2007 & 2010) and eight terms as Treasurer (1983 - 1990). He also served on the Building committee, working on construction of the Front Addition with New Bar, Larger Kitchen, Waitress Station, Office and New Bathrooms. He served on the Audit Committee for 16 years and By-Law Committee twice (1987 & 2007). Serving as the Chairman of Clambakes for 23 years (1977-1999) was his most enjoyable position held at the Stanwix Veterans & Men’s Club. Bob along with John Roman were instrumental in gathering mementos for the Clubs 50th Anniversary. These items may be viewed at the Club in a showcase built and donated by Lee J. Reising. In 1958, Bob married his first wife Janet Finley, this marriage ended in 1964, when they decided to divorce. They were blessed with four children, a daughter, Kim (Craig) Morse, Ilion; three sons, Robert “Rusty” (Karen) Aldrich, Rome; Steven Aldrich, Rome and David (Sharon) Hadasz Utica. In 1965 Bob went on to marry his current wife, Dawn Marie Morse of Dryden, N.Y. Together they were blessed with three children, a son Robert “Bobby” (Jessica) Aldrich, Rome; a daughter, DeNeen (Wayne) Cadrette, Lee Center and son, Bradley (Tammie) Aldrich, Rome, along with 28 grandchildren, 52 great grandchildren, 7 great great grandchildren along with a very large extended family too many to mention. Bob’s family would especially like to thank the staff of Hospice, Matt, Christy and Joe for their heartfelt compassion and support, the staff at Nunn’s Home Medical Equipment, Melissa and Jason for their immediate response and finally J.T. Sprock of Strong-Burns & Sprock for his assistance moving us through such a difficult time with compassion, patience and understanding. A graveside service officiated by Bishop Dan Herzog will be held on Monday, May 3, 2021, at 11 A.M. at the Floyd Cemetery, Koenig Rd. Floyd. Family and friends are invited to attend calling hours on Saturday from 2-5 P.M. at Strong-Burns & Sprock Funeral Home 7751 Merrick Road, Rome. Anyone planning to attend services is asked to please wear a face covering and adhere to social distancing requirements.
Saturday
1
May