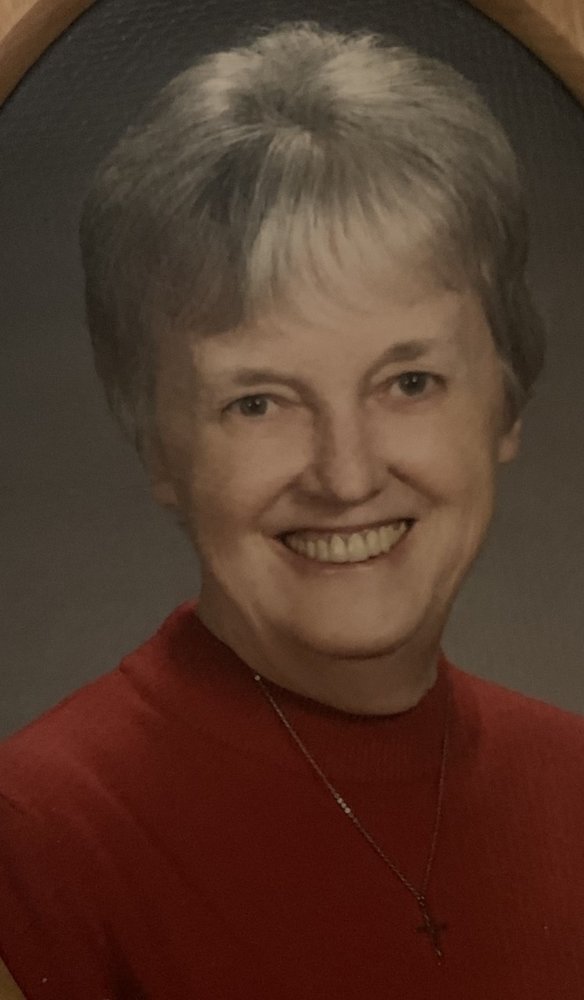 Please share a memory of Ruth to include in a keepsake book for family and friends.
View Tribute Book
Ruth P. Augenstein Ruth Pritchard Augenstein, 75, of Westmoreland, Hamlet of Spencer Settlement, passed away peacefully on January 25, 2021, just shy of her 76th birthday, at her home, following a brief battle with pancreatic cancer. She was born on January 31, 1945, in Westmoreland, N.Y. a daughter of the late Herbert and Marian Tudman Pritchard. Ruth attended a one room schoolhouse from grades 1- 5, then went on to attend Westmoreland Central High School, where she earned the honor of being Valedictorian of her graduating class in 1962. She continued her education at SUNY Cortland, earning a Master’s Degree in Elementary Education. On August 16, 1975, Ruth was united in marriage to James Roy Augenstein, in a ceremony which took place in the First United Methodist Church of Rome. James and Ruth were introduced to each other at a USO dance which was held at Griffiss Air Force Base. Together they traveled all over the county for square dance competitions. This blessed union lasted 42 years until James passed away on March 4, 2018. During the late 1960’s Ruth joined the First United Methodist Church of Rome, where she was an active member of the church community and choir. She loved playing piano, guitar and reading. Ruth enjoyed line dancing at the Ava Dorman Senior Center and spending time with her friends bowling. She enjoyed baking pies for church gatherings and fire department fund raisers. Ruth also looked forward to spending time with her family at Camp Aldersgate in Greig, N.Y. Her family and friends would often receive knitted or sewn gifts that Ruth made. Her nieces and nephews could always go to the mailbox on their birthdays, knowing there would be a birthday card from Aunt Ruth, remembering them on their special day. She is survived by her beloved daughter, Marianne Ruth Augenstein of Potsdam, N.Y.; a cherished brother, Hubert (Nancy) Pritchard, Westmoreland; a sister-in-law, Margaret Pritchard, Vernon; a brother and sister-in-law, Howard "Gene" and Jeanette Augenstein; many nieces and nephews; and her kitty, Martha. Ruth was blessed to have special neighbors, Roy and Amy Fuller, who always looked out for Ruth; and dear friends, especially Martha Simonim, who provided Ruth with wonderful care and compassion during her brief illness. Memorial contributions may be made to the First United Methodist Church 400 North George Street, Rome N.Y. 13440 or Aldersgate Camp and Retreat at aldersgateny.org or the American Cancer Society 6725 Lyons Street, PO Box 7 East Syracuse N.Y. 13057. A Celebration of Life Ceremony will be held on Saturday, May 29, 2021 at 2 P.M. at the First United Methodist Church of Rome. Arrangements by Strong-Burns & Sprock Funeral Home 7751 Merrick Road, Rome.
Print
Saturday
29
May