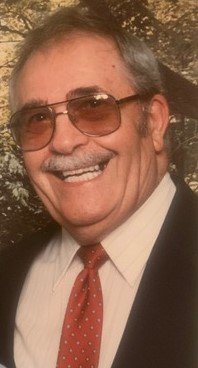 Please share a memory of John to include in a keepsake book for family and friends.
View Tribute Book
Rome lost one of its long-standing business owners, with the death of John A Sbaraglia (Dad) who died peacefully at home on January 5, 2021. John was born in Rome New York on January 23, 1926, a son of Gregorio and Loretta Raulli Sbaraglia. On October 24,1946, John married Rosaria Salerno Sbaraglia. They were married for 70 years until Rosaria’s death in 2016. John and Rosaria were Rome small business owners, operating Gregory’s Market, Johnny’s Quick Shop, and the Rome landmark, JR Mother’s Restaurant where they served up late night breakfast, advice and affection to many Rome residents. Many a night a lonely airman would stop in for a bite and a feeling of home that they were more than happy to provide. John was a 1944 graduate of Rome Free Academy. Although not of legal age he managed to enlist in the Navy and defend his country as a signal man aboard the USS Quincy. John was at D-Day and felt honored to carry Franklin Delano Roosevelt and the ally leaders to the Yalta Conference. John saw the world and was bitten with the travel bug, and passed it on to his children, throughout his lifetime. John was willing to share the history of Naval career albeit not in a boastful way. His memories are archived in the Veterans History Project at the Library of Congress. Although not formally educated, John had an insatiable love of learning and would read voraciously. He loved the many intellectual conversations he held with his children, grandchildren and many acquaintances and customers. Let’s face it, John loved to talk. John adored his family, children and grandchildren. He loved the outdoors and passed that love to them as he taught each one to ride a bike, roller skate and ice skate, ski, fish and boat. John loved to create stories and characters and was never without a quick poem or an important bit of advice to share. John leaves a long legacy of love, curiosity and dedication to the community. He enjoyed a well-lived life and was greatly loved and respected. John is survived by five children, four daughters, Ardyce Czach, Regina (James) Kekis, Loretta (Tony) Baker, and Helena (John D.) Bozarth; and a son, John Sbaraglia II; five grandchildren, Jeffrey (Alana) Morris, Sarah (Warren) Leonhardi, Travis Shaler, Julia Bozarth and John E. Bozarth; and one great- grandchild, Orion Shaler and many nieces and nephews and many special friends. He was predeceased by his wife, Rosaria and a beloved grandson, Sammy John Troia, brothers, Philip, Gregory and Henry, and sisters Clara, Theresa, and Mary. Funeral arrangements have been entrusted to Strong-Burns & Sprock Funeral Home 7751 Merrick Road, Rome Due to COVID-19 restrictions a memorial service is planned for the spring. In John’s memory the family suggests donations to the Jervis Public Library.