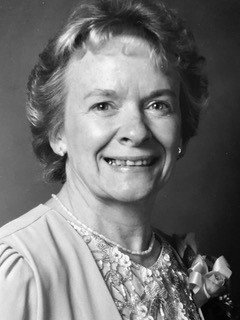 Please share a memory of Gertrude to include in a keepsake book for family and friends.
View Tribute Book
Gertrude Eychner Keesler 86, of Rome and formerly of Newport, passed away peacefully on December 17, 2020, at The Grand Nursing Home in Ilion. She was born on April 13, 1934, in Rome, N.Y., a daughter of the late Irving and Myrtle Carpenter Rawson. She was united in marriage to William Eychner, and together they raised three children, Michele, Gary, and Mark. Bill died suddenly on April 7, 1980. Eight years later, Gert was blessed to meet another cherished partner in M. Paul Keesler. They were married in 1990 and lived in their beloved home on the banks of the West Canada Creek until his death in 2005. Following her 1952 graduation from Rome Free Academy, Gert worked at Farmers Trust of Rome. As her family began to grow, she decided to stay home where she provided loving care to her own children, while also offering daycare to several nearby families. She returned to work outside of her home in 1977 at Nolan Corporation, and then moved to Canterbury Press where she worked until her retirement. Gert was a former member of St. Paul’s Church of Rome, the Rome Twigs, and the Rome Bowling League. While Gert enjoyed many activities, her true passion in life was spending time with her family. She traveled the northeast attending her children’s and grandchildren’s sporting events, journeyed with her sisters and then with Paul, and organized family gatherings on the banks of the West Canada Creek, gatherings that became legends with annual rituals and lots of love. Gert also enjoyed testing her luck at Turning Stone Casino, where she gamed and played bingo. Gert was an example to her family and countless others. She shared the gift of enjoying the moments and personified the importance of relationships and family. Perhaps her greatest gift was her grace and grit and her belief that caring for others was foundational to a life well lived. She is survived by her cherished children, Michele and Mark Nicholson of Charlotte, NC, Gary and Rachel Eychner of Wesley Chapel, FL, and Mark and Donna Eychner of Rome; stepchildren, Paul Keesler and Bridget Walsh; a sister, Lorraine Gillen; five grandchildren, Steven Eychner, Jack and Andrea Nicholson, Mitchell and Griffin Eychner; and many beloved nieces and nephews. Gert was predeceased by four sisters, Mildred Roberts, Carol Sklarz, Ruth Colnaghi and Doris Rawson; a brother George Rawson, and a special brother-in-law Dennis Gillen who looked out for Gert and her children after Bill’s death. The family would like to recognize and thank Rachel’s brother Scott Thomas for checking on Gert daily while she was at the Grand. Scott made sure she had as many “ice cream” cups as she wanted. Memorial contributions may be made to the Rome Rescue Mission 413 East Dominick Street, Rome N.Y. 13440. A graveside service will be held in the spring at St. Peter’s Cemetery, Rome. Arrangements by Strong-Burns & Sprock Funeral Home 7751 Merrick Road, Rome.