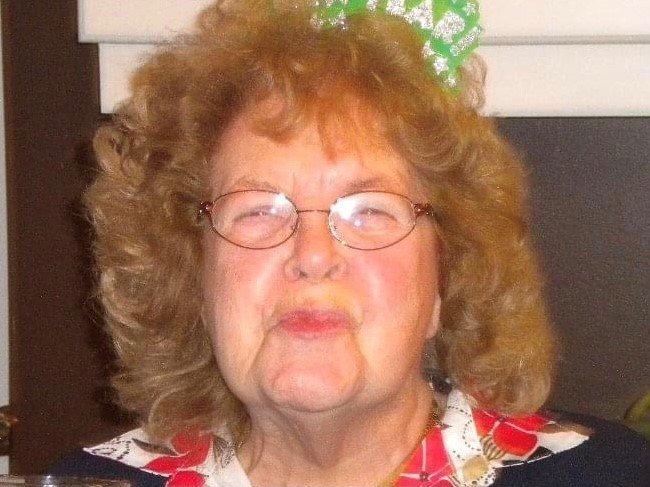 Please share a memory of Mary to include in a keepsake book for family and friends.
View Tribute Book
Mary Pazdur Mary Pazdur, 96, of Whitesboro, passed away peacefully on November 20, 2020 at the Charles T. Sitrin Health Care Center. She was born on March 3, 1924 in Camden, N.Y. a daughter of the late Beriah and Sadie Mc Caffey Willson. On July 5, 1947 she was united in marriage to Joseph K. Pazdur. Joseph passed away on May 8, 2017. Mary was employed by the State of New York at the Rome State School for over 35 years. Together with her husband Joseph, they owned and operated Riggalls Construction of Rome. She and her husband were members of Transfiguration Church and the Rome Club. Mary is survived by two sons, Robert Pazdur of Georgia, Bryon and Diane Pazdur, Florida; a daughter-in-law, Karen Pazdur of Virgina; a sister, Sally Healy of Williamstown; six grandchildren, Danielle Anderson (Gregg), Robert Joseph Pazdur II (Morganlee), Matthew Michael Pazdur (Hannah), Michael Bryon Pazdur (Angelica Veglia), Ayralynne Diane Coviello (Andrew), Steven Pazdur (Paige); six great grandchildren, Ayden and Ryan Pazdur, Bailey, Blake and Bryce Anderson and Chloe Pazdur.; along with many nieces and nephews; two special family friends, Luann Jennings and Jon VanderPyl who helped care for Mary during her time at Charles T. Sitrin Health Care Center. Mary was predeceased by a sister, Dorothy Waterman; two brothers, Teddy and Henry Willson. Funeral services will be held on Tuesday, November 24, 2020 at 4 P.M. at Transfiguration Church, Rome. Family and friend invited to attend calling hours on Tuesday from 1 to 3 P.M. prior to the service at Strong-Burns & Sprock Funeral Home 7751 Merrick Road. Interment will take place in St. Mary’s Cemetery Rome.
Tuesday
24
November