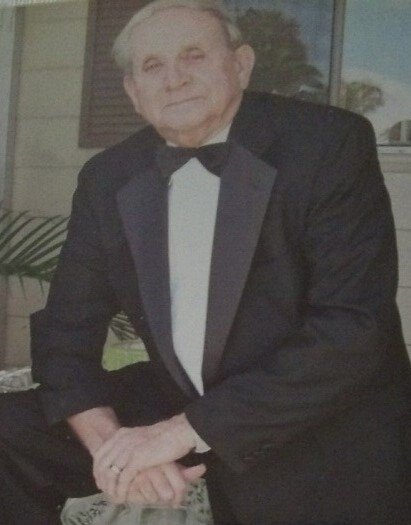 Please share a memory of Jason to include in a keepsake book for family and friends.
View Tribute Book
Jason O. Seymour Jason O. Seymour 90, of Rome, and formerly of Florida, passed away peacefully on August 29, 2020 at the Presbyterian Home in New Hartford. He was born on September 27, 1929 in Rome, N.Y. a son of the late Bernard and Anna Bowers Seymour. Jason was a direct descendant of Horatio Seymour, past Governor of New York State and former presidential candidate. In 1949, Jason graduated from Rome Free Academy, he continued his education at Syracuse University earning a degree in education. He proudly served his country by enlisting in the United States Air Force. Jason was stationed at Bentwaters Air Station, Ipswich, England. He was united in marriage to Annie B. Coward. Jason was employed as a teacher at the former Rome State School until his retirement. He loved the outdoors; he spent much of his time going to his favorite park in Florida, feeding the birds and walking his dog. Jason was an accomplished dart player who competed in many different dart leagues. Jason enjoyed golfing and was an avid skier He is survived by his wife, Annie Seymour, Rome; three sons, Lance (Christine) Seymour, Ava, Kurt (Therese Taylor) Seymour, Verona and Kenneth Seymour, Rome; a daughter, Renee Seymour, Lee; five grandchildren, Ava, Andy and Colleen Seymour, Sean and Nikole Ahearn; ten great grandchildren, Kaitlyn, Kaylee, Kiersten, Aiden, Payden, Marlo, Bernard, Molly, Madeleine and Margaret. Jason was predeceased by two brothers, Donald and Ethan Seymour; a sister, Marilyn Corr. Funeral services are private and there are no calling hours. Arrangements by Strong-Burns & Sprock Funeral Home 7751 Merrick Road, Rome.