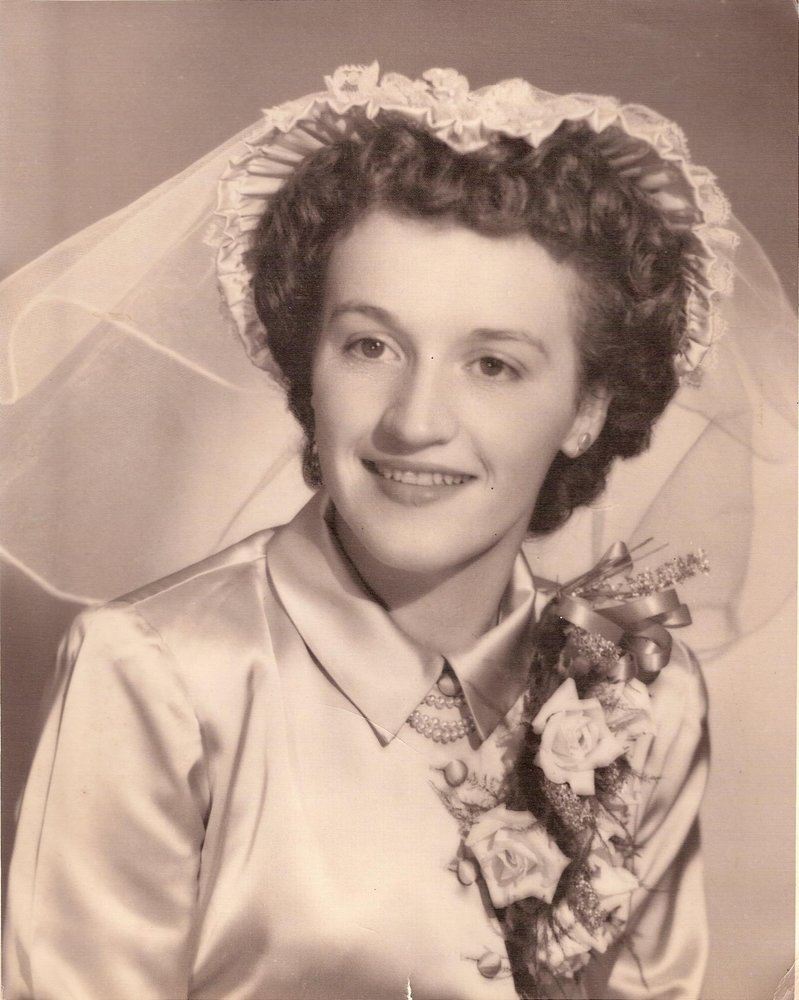 Please share a memory of Esther to include in a keepsake book for family and friends.
View Tribute Book
Esther Mae (Loatwell) Kobito, 93, passed away peacefully on Friday August 21, 2020 at Charles T. Sitrin Home, New Hartford where she had been a resident since November 2017. Esther was born on June 10, 1927 in Altmar, NY to the late William and Phoebe (Hall) Loatwell. She attended schools in Altmar until the age of 16 when she moved to Rome and started working at the A&P grocery store to support her family. She married John Kobito on August 13, 1949 in Rome, NY. Esther and John converted to the Roman Catholic faith at Transfiguration Church in August 1974 and renewed their marriage vows in the Catholic Church for their 25th wedding anniversary. They shared a blessed union of 28 years until his passing on March 11, 1978. She was a member of Transfiguration Church and St Peter’s Roman Catholic Church. Esther was a dedicated cashier at the A&P grocery store for 31 years until its closing. She also worked at Great American and Jupiter Department Store until its closing. She was an avid walker and gardener and enjoyed adventuring with her beloved grandchildren. After suffering a massive stroke in 2005, Esther moved in with her beloved daughter and son-in law, Sue and Bernie Kaier and their family. She attended the Ava Dorfman Adult Day Care Program from Jan 2006 until Nov 2017. Esther is survived by her 2 daughters and sons-in-law, MaryAnn and Bryan Urbanik, Suzanne (Sue) and Bernie Kaier; 4 grandchildren, Christine (Urbanik) and Adam Tritten, Amanda Mae Kaier, John Urbanik and girlfriend Samantha Chrysler, and Megan (Kaier) and Jason Healy; 2 great grandchildren Alexis and Jaxson Tritten; and many nieces and nephews throughout the Eastern United States. In Rome, she leaves 2 nephews: Bruce Kobito and Raymond Wakulik and their families. Besides her husband and parents, she was predeceased by her brother Lloyd Loatwell and Bailey, the Kaier family canine. The Kobito family wishes to sincerely thank the staff at Sitrin, the Adult Day Care program, and Emily Peters for the wonderful care and compassion that was given to Esther and her family through the years. Also, special recognition to her youngest granddaughter, Megan, who not only resided with her but tenderly cared for her Nana. A Mass of Christian Burial will be celebrated on Wednesday August 26, 2020 at 9:00 AM at St Peter’s Catholic Church. Burial will be in Rome Cemetery. Arrangements have been entrusted to the Strong-Burns & Sprock Funeral Home, 7751 Merrick Rd. Rome, NY. Due to COVID-19 Restrictions, you will be required to wear a face covering and adhere to current social distancing guidelines. In lieu of flowers, please consider a donation in Esther’s name to Copper City Community Connection (formerly Ava Dorfman) Adult Day Care Program, Rome, NY.
Print
Wednesday
26
August