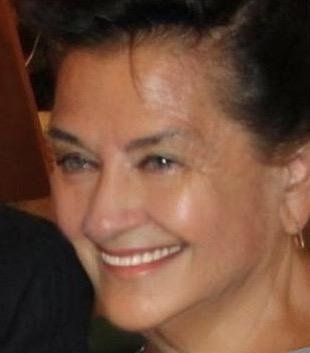 Obituary of Barbara A. Bole

Barbara A. Bole, 85, of Rome, passed away peacefully at home on Sunday, December 8, 2019, with her loving and devoted family by her side.

She was born on September 12, 1934 in Rome, a daughter of the late Jacob and Anna Cullings Farrar. On February 7, 1950, Barbara was united in marriage to Charles Bole, Sr.; a blessed union of 61 years until his passing on December 10, 2011. She retired from Marcy Psychiatric Center after over 30 years of dedicated service.

Barbara is survived by her daughter and caretaker, Bonnie Goetz of Rome; son, Charles Bole, Jr. of Ava; four cherished grandchildren, Julie Summa and Michael Spina, Terry and Aimee Goetz, Pittsford , Allen Bole and Rose Zourdos, and Marcus Bole and Kristin Klotz; four great grandchildren, who were the light of her life,  PJ Summa, Brady, Cole, and Griffin Goetz, a sister, Linda Farrar King; a brother, George Farrar both of Mississippi; several nieces, nephews, and cousins; and her grandpuppy, Flutie who never left her side. She was preceded in death by her daughter in law Shirley Bole and her son in law Terry Goetz, two sisters, June Henderson and Pauline Drobnica and a brother, Kenneth Farrar. As much as we are going to miss her, there is a measure of peace that she is reunited with her loved ones who passed before her and her struggles are no more.  Gram is also survived by her best friend since age 16 Jane Storace who for the last two years along with Bonnie, lived with and cared for Gram.

Mom, Gram, Nanny and Gigi were her favorite names to be called. She was so many things to so many people and she loved with her whole heart. Her entire life was devoted to caring for others, be it her family, her kids and grandkids, our friends or the many animals she adopted over the years. She was always on the sidelines to support her kids, grandkids and great grandkids during their sporting events, school functions and concerts no matter the weather. She enjoyed the casino and going out to dinner. Gram lived her best life and was always up for one of our crazy adventures be it a hockey game in an outside arena in the throes of winter, a lacrosse game in a monsoon, a trip to the dome to see Syracuse play and our favorite was our trip to Yankee Stadium where she got to enjoy a game with her sunshine.  She had a beautiful voice and played the organ beautifully by ear. Gram loved the holidays and decorating for them and painting beautiful scenes on her picture window. We will miss her every day for the rest of our lives. She was a true angel on this earth.

Mrs. Bole’s funeral service will be on Wednesday at 6:00PM at the Strong-Burns & Sprock Funeral Home. Relatives and friends are invited to call on Wednesday from 4:00PM to 6:00PM prior to the service. Spring interment will be in Evergreen Cemetery.

In lieu of flowers, and because of her love for sports and animals, contributions may be made to the Rome Youth Hockey Association PO Box 861 Rome NY 13442 or to the Humane Society of Rome, 6247 Lamphear Rd., Rome, NY 13440.