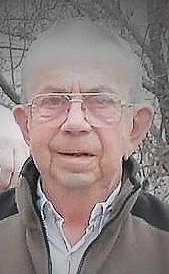 Donald Patrick Hayes, 83, passed away peacefully at the Grand Nursing Home on September 24, 2019. Donald was born in Rome, NY on February 5, 1936, the son of Francis and Marjorie (Hoderine) Hayes. He graduated in 1954 from St. Aloysius Academy, he then served in the US Army from 1954-1956. Donald worked as a Supervisor of the consolidated mailroom (military and civilian) at Griffiss Air Base for 32 years.

His family extends their deepest thanks to the staff at The Grand Nursing home, especially the staff on wing two for taking such good care of dad for the last three years. Their dedicated effort allowed him to have more time with his family, friends and his “babies”.

A memorial service will be held on Friday, September 27, 2019 at St. Mary’s Church, Rome, at 10:00A.M. Interment will take place in St. Mary’s cemetery.  In lieu of flowers, donations can be made to the American Heart Association in honor of Jaxon Patrick Hayes, our heart warrior. Donald will be sadly missed. Rest in Peace daddy, your loving children.