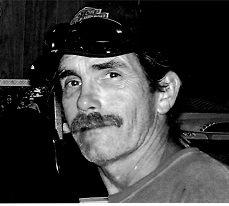 Robert "Robbie" Stephen Hobbs of Rome, age 59, passed away peacefully, on August 10, 2019, at Sixth Lake, Inlet New York, surrounded by loving family. He was born July 25, 1960, in Suitland, Maryland, to Arthur and Carol (Malakie) Hobbs. Robbie was educated in Rome City Schools and was previously employed by Spargo Wire. He also worked for many contractors throughout Rome. Robbie was happiest when he was listening to live music with friends. He also enjoyed fishing, golfing, crossword puzzles and was an avid gardener. Robbie had an uncanny ability in finding four leaf clovers.

He survived by two brothers, John Hobbs of Rome and Michael Hobbs of Monroe, North Carolina; along with three nephews, Jeremiah, Michael, and Joshua Hobbs of Rome; one niece, Catherine (Samuel) Hobbs Robinson of Ballston Lake, New York. Robbie was predeceased by his stepfather and mother Ronald and Carol (Malakie) Hickok; a niece, Nicole Hobbs; and grandparents, Arthur and Jean Hobbs; James and Gertrude Malakie.

The family would like to thank the nurses and doctors at Albany Medical Center and the loving care he received from "Mell" at High Peaks Hospice.

Funeral services will be held on Friday, August 16, 2019 at 6:00 P.M. at Strong-Burns & Sprock Funeral Home 7751 Merrick Road, Rome. Family and friends are invited to attend calling hours on Friday from 4-6 P.M. prior to the service.