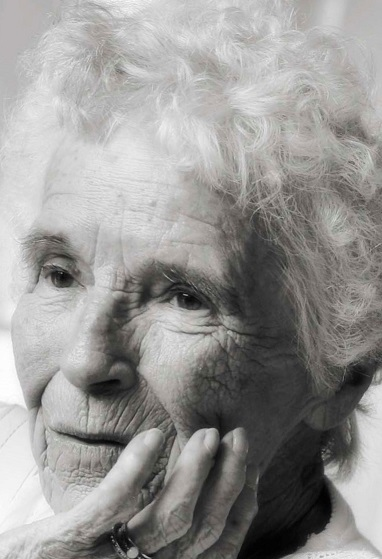 - Ann Marie (Campbell) Grande 87, of Yuma AZ, a former long-time resident of Rome NY, passed away on Friday July 5th 2019, after a short illness at her home in Yuma. Ann was born in Scranton, Pa. to Joseph "Slots" Campbell and the former Jules "Nanny" Campbell (Corcoran) on October 2, 1931. Ann moved to Rome as a young child, attended Rome schools including the former SAA High School and graduated from RFA in 1949. During those high school years, Ann met and in 1951, married the love of her life, the late William (Bill) S. Grande Sr, who passed away in 2005. Friends and relatives will always remember Ann working as a bank teller at the former Oneida National Bank in Old Downtown Rome, and then later, at the former Fleet and Norstar Banks. Many would often be heard commenting "if you want to get in and out in a hurry, go to Annie's line!" For 30 plus years, Ann and Bill could be seen at nearly every baseball game played by their four (4) sons at hundreds of area little league, pony league, high school, American Legion, and college baseball games. Eventually sharing in the dream of having two (2) of those sons being "signed" and playing in professional baseball. Ann was also proud of her lone daughter, who she watched attain her Registered Nursing degree and enjoy a long career as a top surgical nurse at Rome Hospital. Ann (and Bill) were both long-time active members of the former Rome National Little League and parishioners of St. Mary's Catholic Church. Ann is survived by her five (5) children; William S. Grande Jr and partner Pamela Lange of Beaumont CA, Christine and Timothy Hurley of Rome, Michael and Jean Grande of Rome, Anthony and Sharon Grande of Leesburg, FL, and Marc and Keena Grande of Yuma, AZ, (3) siblings and spouses: Jean Hall (and the late Thomas "Lucky"), Beaufort, SC, James Campbell (and the late Marjorie), Tucson AZ, and Joseph and Sandra Campbell, Rome, nineteen (19) grand-children, ten (10) being grand-children and nine (9), great grand-children, in addition to several nieces and nephews. A memorial service will be held on September 14, 2019, at 10:00A.M. at St. Peters Church , Rome. Interment will take place in St. Marys Cemetery. Funeral Arrangements by Strong-Burns & Sprock Funeral Home.The family would also like to extend their thanks and appreciation to Hospice of Yuma and the staff at Kindred Homes for the compassionate care.

Share Your Memory of
Ann Marie
Upload Your Memory View All Memories
Be the first to upload a memory!
Share A Memory
Send Flowers