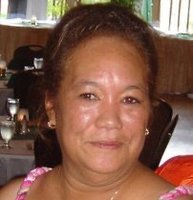 Norma Jeanne Gantt, 58, of Rome, passed away on January 1, 2020. She was born on August 25, 1961, the daughter of William and Hisami (Kawamoto) Gantt at Itazuke Air Base Japan. Norma attended schools in the Rome district and graduated from Rome Free Academy in June 1979. She worked in accounting services in the Utica Rome area and was most recently employed at JAY- K lumber. Norma enjoyed reading, solving puzzles, cooking and spending time with friends and family. Norma will be forever remembered by her daughter, Chanda Gantt, her grandchildren, Gianna Gantt and Kashif Gantt-Russell; her father, William Gantt; her sister, Grace Gantt; and her uncle Darwin Henderson of Cincinnati, Ohio. She was predeceased by her mother Hisami Gantt. Family and friends are invited to attend calling hours on Monday, January 6, 2020 from 4:30-6:30 P.M. with a Memorial Service Starting at 6:30 P.M. at the Strong-Burns & Sprock Funeral Home 7751 Merrick Road, Rome.